Back to All News

The new conference has been developed to enhance collaborative efforts and skill-sharing among Northern Ireland’s creative industries. Torbin Bullock, a California-based Film Editor at Pixar Animation Studios who has worked on films including Toy Story, Monsters, Inc and Finding Dory will be its keynote speaker. Andrew Reid, Head of Production at NI Screen will explore how photography is used in film and TV. David has photographed from the set of major motion pictures including Star Wars: The Force Awakens, Mission Impossible and Saving Private Ryan. 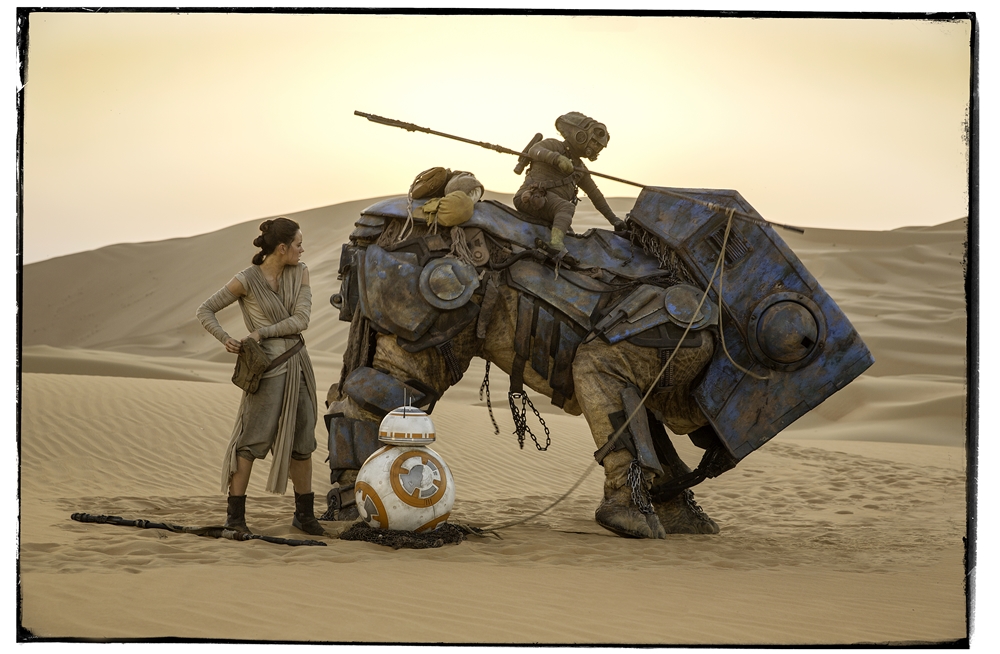 Capture Conference will coincide with the 2018 Belfast Photo Festival, Compact, and will take place at the Queen’s Film Theatre (QFT) on Friday, June 8.

The day-long conference will include speakers from industries right across the creative spectrum exploring the use of photography in visual effects (VFX), virtual reality (VR), film, animation, gaming and more. 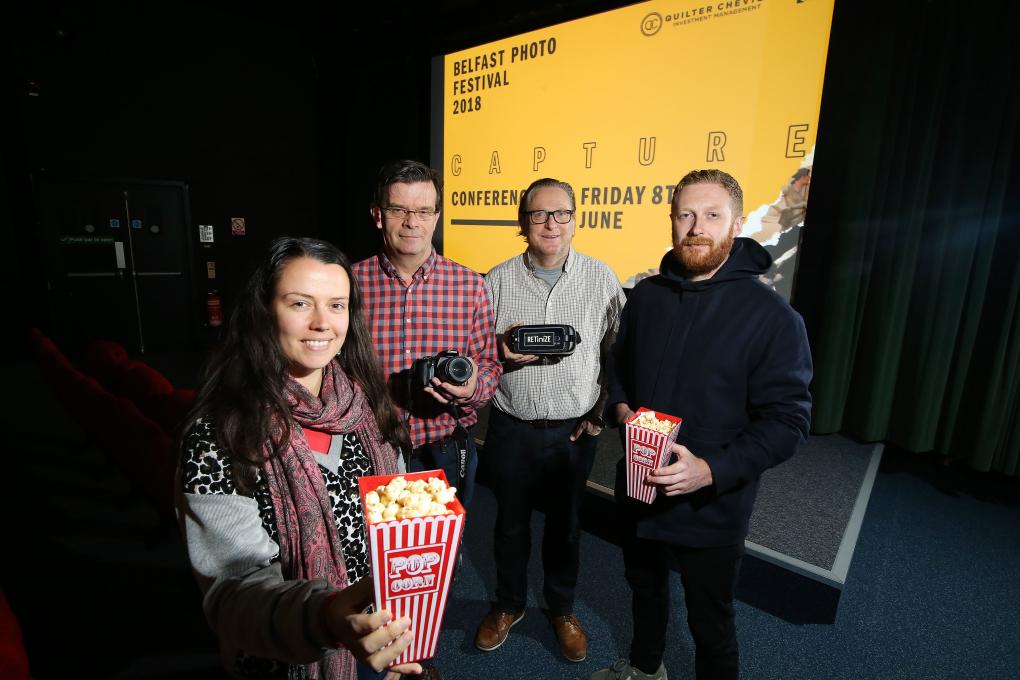 Belfast Photo Festival, Compact returns from June 7 – 30 . In a new condensed festival format, it will include the inaugural Capture Conference as well as a programme of workshops, seminars and exhibitions staged throughout greater Belfast.

Highlight exhibitions include the work of Brian Griffin, best known for his album photography with artists such as Billy Idol and Depeche Mode. The grounds of Belfast City Hall will also be the home for an engaging, large format exhibition – entitled ‘The Disciples’ – by James Mollison which showcases musicians’ fans photographed outside gigs emulating the unique style of their idols.

The conference takes place on Friday, June 8 and tickets are available from the Belfast Photo Festival website.

For more information on this year’s festival or the inaugural Capture Conference, visit www.belfastphotofestival.com.v

Can Vehicle Branding Help Your Business?

Advertising your business 24 hours a day, 365 days a year Think of it like this: You’ve a sign outside your premises to direct customers to your business, so why not treat your car, van, truck, bus or fleet of vehicles the same. It’s your very own mobile advertising space so make use of it. When designed and executed properly…..

We helped produced and install various graphics around Belfast for ‘The Verge’ 2022 edition which ran in June 2022. This edition consisted of a mix of physical and online events throughout the month. Maybe you noticed some? Launched in 2011, Belfast Photo Festival is a not-for-profit organisation that celebrated some of the finest national and international photography across museums, galleries…..

When it comes to printing, we are constantly working to increase our efficiency and capacity to deliver the highest sustainability standards, shrinking our carbon footprint, cutting energy consumption and reducing waste. Our digital print process offers several beneficial factors, including efficiency and sustainability, compared to other setups. Primarily, it doesn’t require a printing plate to complete the job meaning the…..

Over the decades, we have been involved with hundreds of office refurbishments. From growing, local startups to new locations for a multinational corporation we have witnessed some really creative layouts over the years.

Floor Vinyls – What you need to know

There are a number of elements to consider when looking at floor vinyls for your space. In this post we will look at each surface type and what you need to keep in mind when you are purchasing floor graphics.

Last week we were delighted to attend the Allianz Arts and Business Awards 2020 at the Lyric Theatre. We were thrilled that Alexander Boyd Displays was highly commended for NI Business of the Year Award as well as winning the Cultural Branding Award in partnership with Belfast Photo Festival! Also, a massive congratulations to our Marketing Director, Barry Desmond, who…..

Alexander Boyd Displays are proud to have been involved with the update to the Warmflow office and entrance spaces. There were a number of unique challenges that were presented during the project including maximising privacy for staff but ensuring natural light was still a feature. As part of the new layout design the traditional office zones received a revamp to…..

The digital landscape is constantly changing as new and eye catching trends continue to dominate the advertising world. But deciding what works for your brand can be difficult. All forms of advertising are facing increased competition in a noisy marketplace and finding new ways to be inventive is becoming increasingly difficult. Take for example when you attend an industry event, there…..

The month of June has become synonymous with the annual festival of photography, the Belfast Photo Festival,    Alexander Boyd Displays have been a proud sponsor for a number of years, but 2019 was a little bit special as together we presented the photography community with a unique opportunity to gain an insight into one of the world’s top photographers and creatives,…..

The 44th Annual Malone Boys’ Open Stroke Competition for the Boyd Cup, took place at the superb Malone Golf Club course on Monday 19th August. There was a fantastic turn out at the annual event, where local talented golfers took part in an effort to secure the Boyd Cup.   The competition, sponsored by Alexander Boyd Displays, was established in…..

Recently we worked in coalition with our friends at Because Creative Experiences Ireland on a unique project for HubSpot, who attended the recent Inspirefest HQ 2019 at the Bord Gáis Energy Theatre.   In keeping with Hubspot’s “Grow Better” slogan, we worked closely with the team at Because XM to produce a unique, one-off “living wall” as a backdrop for the event.   We wanted…..

Traditional with a Twist – Kish Fish

Have you visited Howth, Dublin? It’s a beautiful spot and we loved visiting it for our latest project alongside Bradley Brand & Design. Kish Fish Seafood Market & Grill is Howth’s new, exciting fresh fish offering. Located on Howth pier in a beautiful stone building and courtyard with relaxed outdoor seating, it was important that the external and internal signage enhanced the stunning…..

For a second year running, Alexander Boyd Displays are pleased to be sponsoring the Belfast Photo Festival. But this year it’s going to be even more exciting, the festival has launched a brand new conference, ‘Capture Conference’, alongside the Belfast Photo Festival, Compact.   The new conference has been developed to enhance collaborative efforts and skill-sharing among Northern Ireland’s creative…..

Outdoor Advertising and Your Brand

Client BPerfect is a Hit With The Dragons’

In the last few weeks we’ve been sharing some recent Point of Sale (POS) projects across our social media channels. These smaller product adverts might not be as big as the huge outdoor displays we see but they are an essential element to any business that sells a physical product. These small but powerful displays are what catches the customer’s…..

March is here and with that we are feeling Spring in the air. This year heralds a very special celebration for Ford. They are celebrating 100 years in Ireland and we recently partnered with Ogilvy & Mather, advertising agency as part of their overall campaign. To kick off the year of special events, we were responsible for the showroom branding to…..

Printed Hoarding Panels For many building contractors one of the first areas to consider is how to start advertising your new project, that’s where our printed hoarding panels come in. Working alongside Design Factory and Gannon Homes the team at Alexander Boyd Displays recently printed and installed hoarding panels at the new Gannon Homes Papermill Development in Clonskeagh, Dublin. The Main Hoarding…..

The Papermill We’ve had the pleasure of working on some interesting projects recently, two of our favourites has to be the Papermill project and the Ford project.  For the Papermill we worked alongside the brilliant Design Factory to print and install the hoarding panels at the new Gannon Homes Papermill Development in Clonskeagh, Dublin. Ford – 100 Years in Ireland The…..

The Boyd Challenge Cup   History of the Boyd Cup This annual Juvenile Competition for Boys was established by Brian Boyd, Juvenile Convener at Malone in 1975 and has been supported by Alexander Boyd Displays ever since. The company has always played an active role in promoting the sport and encouraged several generations of boys to get involved.   The…..

Event Branding in the Aviva Stadium On the 3rd September the Aer Lingus sponsored College Football Classic between Boston College and Georgia Tech came to the Aviva Stadium, Dublin. Six high school football teams altogether took part in this event from Florida, Georgia and New Jersey.   It was an extremely successful event with an official attendance of 40,562 on…..

Transforming the Diageo Belfast Office. Drinks giant Diageo opened their new state of the art office located at Capital House on Upper Queen Street, in the heart of Belfast City Centre.   Employing over 300 people throughout Northern Ireland, Diageo’s new offices will host its local sales and marketing teams as well as all of the company’s customer services and…..

Keelings Interior and Exterior Branding – New Farm Shop Now Open Alexander Boyd Displays are proud to have been involved with Keelings and Bradley Brand & Design on the interior and exterior branding for this project.   The new structure was built onsite to replace the original farm shop which was run from a 40ft trailer.  Once in place, we…..

Retail Point of Sale Advertising Retail POS or point-of-sale advertising, marketing or promotion refers to the efforts used by businesses to increase sales of their products by attracting customers attention during their in-store journey through to point of purchase. When brands and products are displayed in retail outlets or stores the aim of point-of-sale marketing is to stand out from…..

Alexander Boyd Displays work with all outdoor media companies and contractors throughout Ireland and the UK to consistently provide the highest quality print for all media formats, innovative special builds and backlit skins to meet our customers’ requirements and deliver each campaign on time, every-time. Our advice to advertisers is to be creative, keep text copy to a minimum, ensure…..

Outdoor display, it’s not quite the same animal as outdoor advertising. Outdoor Display gives you the opportunity to use your building, your walls, windows or any contact surface as an advertising space to make a big statement about your business. And because it’s your own advertising space, it costs you nothing to display! You also have the freedom to be…..